May 21, 2017
Over the past few months we have seen the different styles of aquascaping. However these styles have mainly to do with what type of aquascape we want to create.

Once we choose a style and we start planning to build it, we still have to decide what kind of layout we want to create.
These can be applicable to any type of aquascape, we could build a Nature aquarium using the same layout style that we use to build our iwagumis.

Layout styles only deal with design, it's how we choose to build our aquascapes. There are four different styles of layout, however this is not set in stone, the interpretation is very loose.
The reason is the they are not rules that we are forced to follow, with creativity one can actually create a layout that does not fit in any of the styles.

Recently we have seen another layout come to be.
Triangular Layout 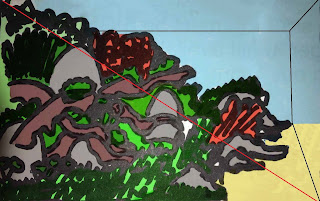 This style of layout is shaped in a triangular shape with one of the sides densely filled with plants or hardscape cascading down to the opposite side which is left clear. This design is characterized by its great use of negative space, on one side we have a very lush planted area where the fish can hide, on the other we have negative space, which may be planted with carpet plants or just filled with sand.
This negative space provides swimming space for the fish and provides contrast  to the planted area. 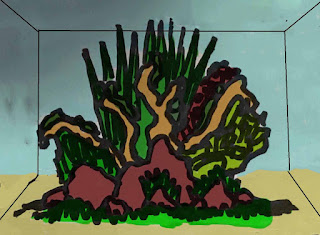 The Island layout is exactly what its name implies. A layout which is shaped in the form of an island. In here plants and hardscape are arranged in the middle in the shape of an island.
There is less negative space on this style, it is still there, but it does not stand out as much as in the triangular layout.
As before negative space can be filled with sand or with carpet plants. 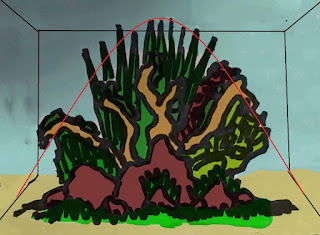 The U shaped layout

The U-shaped layout's main trait is the negative space in the middle, has with the other two it can either be an area with sand, or with small carpet plants. However in this layout the negative space is itself used as a form of design, as we have seen the rise of scapes with detailed pathways  that lead out eyes into the back of the aquarium. In this style hardscape and planted areas are located on both sides of the aquarium, slopping down into the middle open space. Hence forming a negative space in the shape of a U. 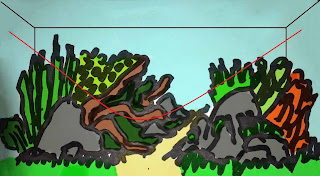 The linear layout
This style is as a fun side to it.
For years we were taught that linearity was bad in aquascaping, i remember all my first projects were very linear in design, hence they were not very good as they felt flat.
But here comes proof that when you have creativity, breaking the rules can give rise to something new.
The Linear layout was created by Green Machine's founder and professional aquascaper James Findley. He created this style with his Crimson Sky.
It is a style that its main trait is the use straight lines when arranging the plants and layout. It is a breaking of the conventions of the other layout styles. 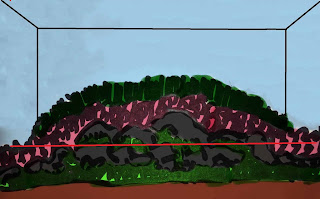 Like i said in the beggining these layout styles are not set in stone and one can play around them to create something different. But they are a good starting point  when designing your layouts.
They are not style specific and below i will leave a few good examples.

Also on this blog: 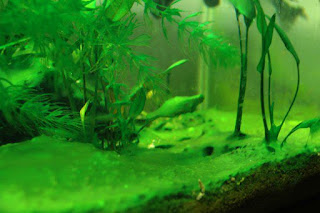 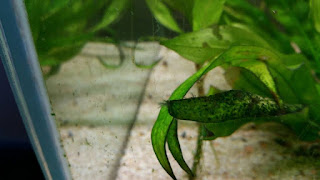